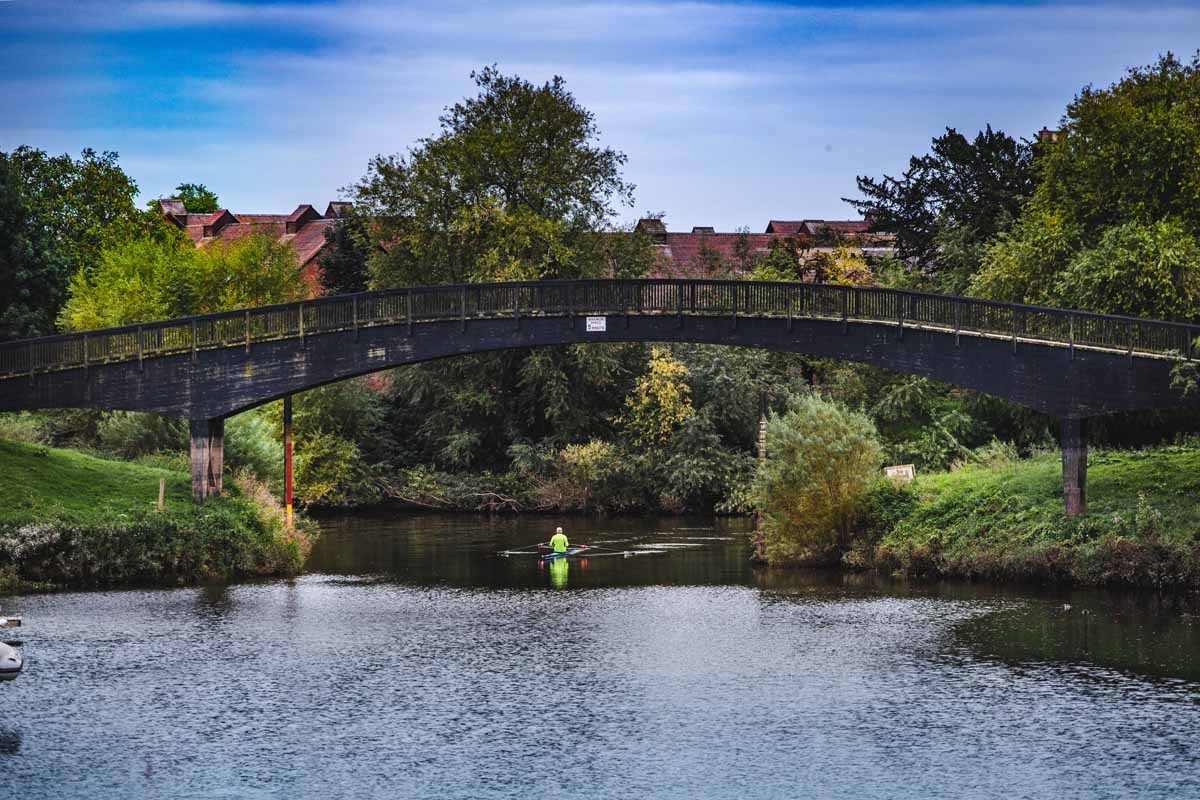 You can’t beat the majestic River Severn for your staycation this year. Whether it is your first foray onto Britain’s waterways or you’re a seasoned sailor.

The River Severn is Britain’s longest and mightiest river. Running from the Welsh mountains, through the stunning Worcestershire and Shropshire countryside, down to the flatlands of the Severn estuary.

Cruising the Severn is for countryside lovers who enjoy life in the slow lane. The majority of the route is rural but it does take in the medieval cities of Worcester and Gloucester, both well worth having a mooch around.

Worcester is a vibrant cathedral city with a fascinating history. The medieval Worcester Cathedral houses royal tombs, a crypt and cloisters and is a must-visit on your journey. There are also several excellent museums that focus on the city’s industrial past. From traditional brewing to weaving, as well as a nod to city life in Tudor and 17th-century Worcester, housed in the timber-framed Tudor House Museum. The city is also famous for Worcester porcelain and the delightfully spicy Worcestershire Sauce.

The cathedral city of Gloucester is Britain’s most inland port and has a rich history dating back to Roman times. Gloucester’s many museums and attractions showcase the city’s proud military and industrial heritage. The magnificent gothic cathedral is the site of Henry III’s coronation and the final resting place of King Edward II. Gloucester Docks is a popular leisure destination for shopping, food and drink. It is set against the backdrop of the beautifully restored Victorian warehouses and the vast Gloucester Sharpness Canal.

Things to see and do along the River Severn

Meandering down the Severn you’ll find plenty of nearby attractions that will be fun for all the family. None more so that the magnificent Severn Valley Heritage Steam Railway. The railway runs for 16 miles, following the course of the river for much of the route.

For a very special stop-off, visit the The Ironbridge Attractions that include Coalbrookdale in the Ironbridge Gorge which is a UNESCO World Heritage Site. Its significance to the beginning of the Industrial Revolution makes it a site of outstanding international importance and it is protected by an international convention. There are 10 different attractions in Ironbridge – more than enough to keep you busy for a day or two.

As boating enthusiasts, The National Waterways Museum at the historical Gloucester Docks is an attraction you’ll not want to miss. Sporting a vast collection of historical boats, the museum details the history of Britain’s canals using a variety of mediums.

Along the way there are plenty of gorgeous villages to explore with tea shops, pubs and eateries. We recommend a stop-off in Bewdley which is a picturesque Georgian town packed with excellent restaurants and bars, as well as independent shops, galleries and much more.

The beautiful medieval town of Tewkesbury is also a highlight. A visit to the historic Tewkesbury Abbey founded in Norman times to house Benedictine Monks an absolute must.

Marinas and moorings on the River Severn

If you own your own boat or are just hiring one for your holiday, there are plenty of temporary moorings and marinas on the Severn that will accommodate all of your needs. Whether that’s an overnight stay, a quick pit-stop for refueling or something more permanent, there will be one that suits your requirements.

Upton Marina and Stourport Marina are both an excellent base for cruising the Worcester and Staffordshire canal system. They are just 5 hours cruising from the from the river Avon and 10 hours from the Bristol Channel, giving cruising potential to the Welsh, Devon and Cornish Coasts.

This article features in our Marina magazine, Tingdene Life.

To keep everyone up-to-date with what's happening around our marinas,...

10 great places to eat on the Broads

Bites on the Broads With fabulous local produce, tempting menus...

Get your berthing quote Finance calculator

You can find out more about which cookies we are using or switch them off in settings.

This website uses cookies so that we can provide you with the best user experience possible. Cookie information is stored in your browser and performs functions such as recognising you when you return to our website and helping our team to understand which sections of the website you find most interesting and useful.

Strictly Necessary Cookie should be enabled at all times so that we can save your preferences for cookie settings.

If you disable this cookie, we will not be able to save your preferences. This means that every time you visit this website you will need to enable or disable cookies again.

This website uses Google Analytics to collect anonymous information such as the number of visitors to the site, and the most popular pages.

Please enable Strictly Necessary Cookies first so that we can save your preferences!